Why do secretaries make men fantasize? 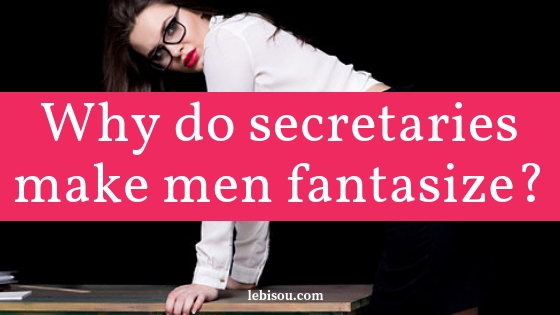 The Secretaries' and Assistants' Day is celebrated on April 19. A perfect opportunity to talk about them on the Lebisou blog! Men all fantasize about sexy and naughty secretaries. Do you know why?

Some professions make men fantasize. This is the case with secretaries!

"The notion of prohibition can be exciting for men, somewhere their secretary is also their office colleague," says sexologist Pierre Kirouac.

Even if you are not a #secretary, you can dress up and do a role-play with your partner! Fantasy is always good for couples. Fantasies create excitement and sexual desire that must be used to fuel reality. Fantasy can be very helpful in bringing you closer to your partner and nurturing desire with him.

The appeal of secretaries

Secretaries are often considered fatal women. In a man's head, a secretary is a neat and elegant woman. She dresses sexy:

The secretary's fantasy can be explained by 3 factors:

For a man, the secretary, shy at first sight, often announces herself to be a hell of a rascal! In addition, the secretary is always dedicated to her boss. The dominant/dominated fantasy! Secretaries and assistants are subject to their wishes and orders.

Fantasizing on the sexy secretary allows you to cut yourself off from reality and its imperfections for a few moments. We escape into a naughty imagination... Playing secretary is also a great role-playing game for couples to play on Lebisou!